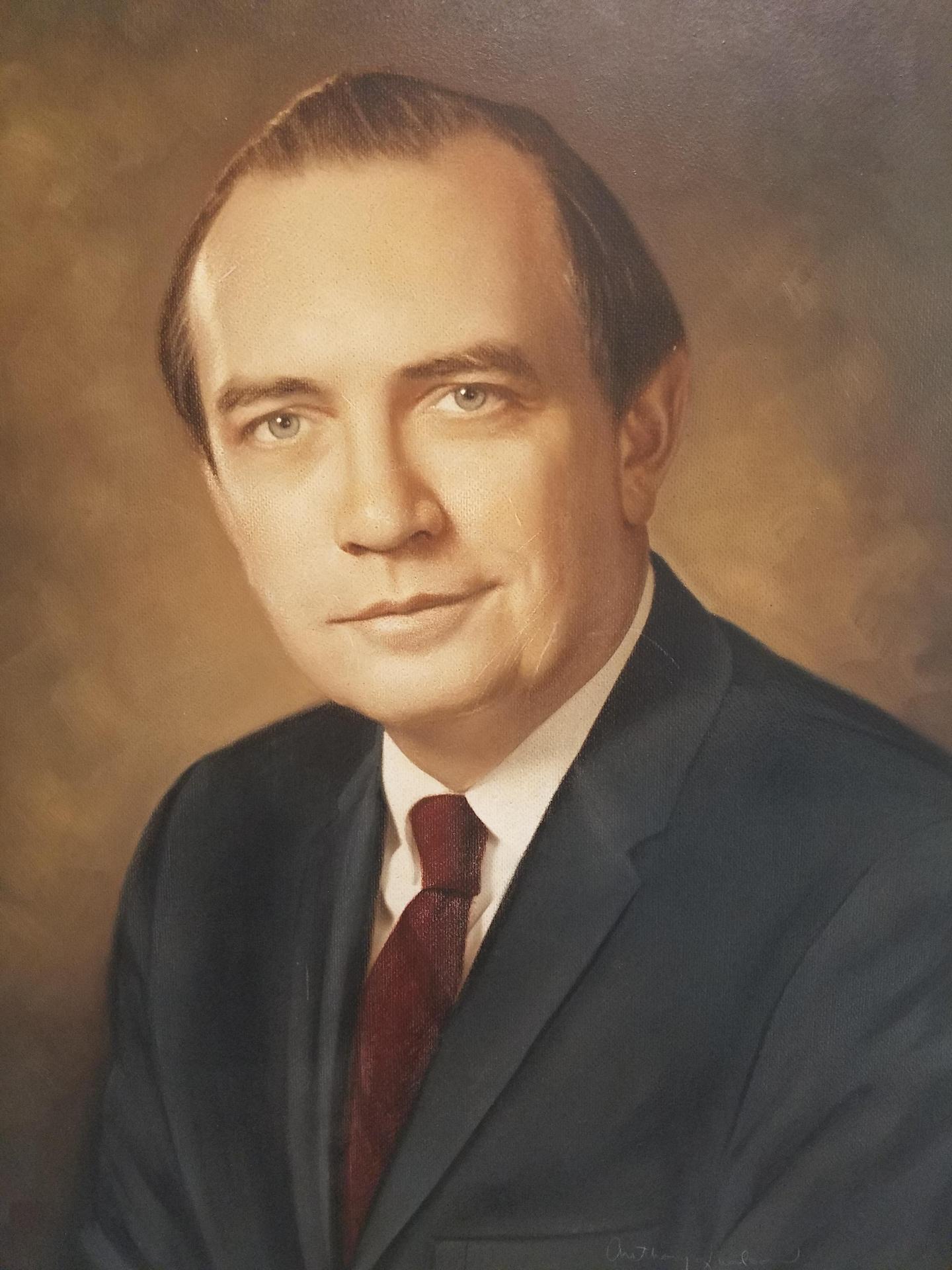 Dr. Beddingfield interned at Walter Reed Hospital in Washington, D.C. in 1949. While there, was offered the job of assistant physician to President Truman, but declined.

In 1950, Dr. Beddingfield practiced medicine at Fort Bragg hospital where he served as a commissioned officer. He came to Stantonsburg the same year to practice medicine. His wife had taught school here before they were married, and he decided this was where he was needed most of the time.

Dr. Beddingfield set up a clinic in Stantonsburg in the former Dr. Powell building and brought three doctors here during the eighteen years he practiced here. After the other doctors left, he moved his practice to the Wilson Clinic in 1968, but continued to reside in Stantonsburg.

During the years of Dr. Beddingfield’s practice, he became active in various civic and professional organizations locally, countywide, statewide and nationally. He served in the Stantonsburg Baptist Church as deacon and was active on the building committee for the present church.  He served as a commissioner on the Stantonsburg Town Board and served on the local school board. He served on the board of the North Carolina School for the Deaf and chaired the executive committee of the Eastern North Carolina School for the Deaf. He served on the board of directors for the Southern National Bank in Wilson and was president of the Wilson County Medical Society.

Beginning with Governor Luther Hodges, Dr. Beddingfield received appointments to various state commissions with each succeeding governor including Governors Dan Moore, Terry Sanford, Bob Scott and Jim Holshouser. At the induction of Governor Jim Hunt, Dr. Beddingfield had to decline the offered appointment because he was so involved at the national level as chairman of the Legislative Committee of the American Medical Association.

He was appointed by President Carter to the H.E.W. Advisory Committee on National Health Insurance and was the only practicing physician on the committee.

It was 1977,  Dr. Beddingfield died of a sudden heart attack while attending a medical meeting in Chicago at which he was to deliver an address.  He was buried in the Stantonsburg Cemetery. He is survived by his wife Lorraine, and their children, Ed, Alice Lillian and Gladys Lorraine.

At the time of his death, the Governor of North Carolina, Jim Hunt, praised Dr. Beddingfield as “one of the greatest medical and public leaders in the history of North Carolina. If ever there was a man who literally gave his life in service to mankind, it was Dr. Ed Beddingfield”.

Of the many honors bestowed upon Dr. Beddingfield, he seemed most pleased when invited to become a member of the Institute of Medicine of the National Academy of Science.

Dr. Beddingfield’s life might best be summarized in his own words published in 1976 in Who’s Who In America. “At the risk of sounding maudlin, I do sincerely believe that my life has been molded by a strong compassion for the needs of people, as indicated by my parents, and given impetus by my respect for and belief in the principles of Christianity and the standards of the medical profession.

A Beddingfield Memorial Fund has been established at the East Carolina University School of Medicine, and award presented to an outstanding graduate of medicine.  A medical reference library in the Department of Family Practice has been dedicated in Dr. Beddingfield’s memory at the University of Chapel Hill. A portrait of Dr. Beddingfield was provided by his friends and unveiled at the dedication of Edgar T. Beddingfield, Jr. Senior High School, which was named in his honor.